THE LATEST IN ROOFING

Common Problems with an Asphalt Shingle

While Asphalt shingles are a great roofing choice, there are some common issues with this material that you may or may not experience during your roof’s life. The best way to make sure a problem with your shingle roof doesn’t become a more serious and costly repair is to know about the potential issues that can occur. That way, you’ll be better equipped to notice a problem and ensure it’s addressed immediately.

So, before you make your purchasing decision, let’s go through the top six asphalt shingle roofing problems to look out for.

There are many origins for blistering. One of which is when moisture makes its way into the shingle during the manufacturing process. For a little bit of background, shingles typically consist of three main layers: A fiberglass backing, a coating of asphalt, and then the granules on the top. If moisture somehow makes its way between any of these layers, the potential for blistering is higher.

Another reason for blistering is poor ventilation of the roof that creates trapped moisture. Improper ventilation is the cause of many shingle roofing problems, so it’s critical to make sure the contractor is installing the shingles to allow for adequate ventilation and airflow.

There are several reasons that your shingles are curling, including:

The shingles are nearing the end of their useful lifecycle.

The shingles were improperly installed.

There are existing ventilation issues where trapped moisture has caused the shingles to curl.

One of the most popular reasons that shingles curl is due to a phenomenon called thermal shock. Thermal shock refers to when the high temperature of the roof suddenly cools rapidly. Once you notice your shingles curling, it’s best to get that repaired or think about buying a new roof.

Cracking is a natural part of the aging process for shingles. Over time, wind, roof stresses, thermal movement, and deck movement aid in shingle cracking. So, if your roof is older and some surface cracks don’t completely split or tear through the shingles, it’s most likely because the shingles are older.

Again, cracking shingles are something you want to address immediately, as they can compromise the water-tightness of the roof if left unfixed.

The next problem you might notice on your shingle roof is granule loss, which is where the top layer detaches from the shingle and falls off. In addition to the color that granules provide, it also creates a protective barrier to prolong the life of the shingle roof.

All shingle roofs will experience some level of granule loss over time due to weathering and exposure. However, if a large number of granules are in your gutter or specific spots of your roof are missing significant granules, it can lead to clogged or blocked gutters, overall UV damage to the exposed shingle, leaking, or roof failure. 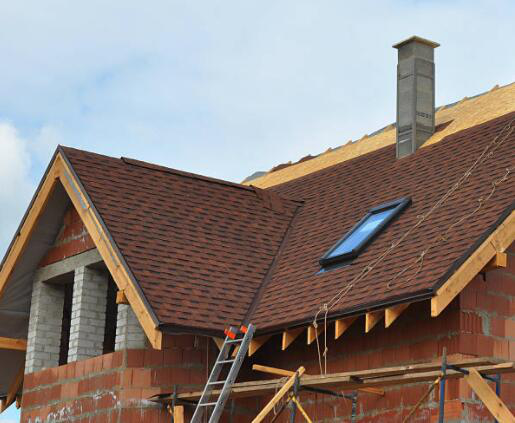 These occurrences are especially common in high-humidity areas and on northern-facing roofs (in the Northern Hemisphere) that are heavily shaded or rarely get sun. There are anti-algae shingles available for purchase if you’re concerned about organic substance growth. You can also purchase solutions specifically designed to clean roofs with mold, mildew, or algae stains.

Since shingles are installed piece by piece, it’s possible for individual shingles to unattach and/or come off the roof.

This can happen for many reasons, including:

A strong wind lifted the edge of the shingle and disengaged it.

Something impacted or hit the roof and caused the shingle to disengage.

The shingle was installed at too low of a temperature, and the seal couldn’t become engaged.

The seal was never properly engaged in the first place.

When a shingle comes off your roof, it’s best to get that repaired and replaced as soon as possible. Not fixing it can leave your home or business exposed to the elements for an extended period of time and create another problem on top of the missing shingle (think water damage).

If you're in the market for roof replacement, talk to SAN-GOBUILD Roofing. We carry many top-of-the-line shingles including heavyweight 3-tab shingles, Laminated shingles, and the Mosaic series luxury shingle options.

Previous: None
Next: Why do I need a gutter system? 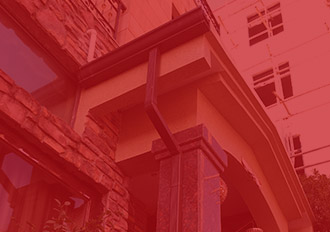 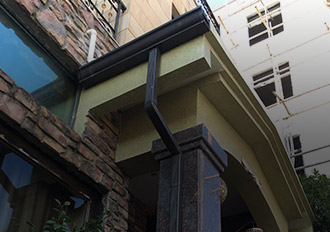